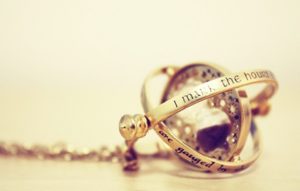 “I mark the hours, every one,
Nor have I yet outrun the Sun.
My use and value, unto you,
Are gauged by what you have to do.”

These words are etched into the magical “time turner” featured in author J.K Rowling’s best selling children’s book Harry Potter and the Prisoner of Azkaban. The “time turner” allows character Hermione Granger to attend more classes in her third year at Hogwarts School of Witchcraft and Wizardry than time would normally allow.

This summer, NGSIS has given students at UTSC the next best thing to a “time turner”- only there’s no magic involved.

It’s called the Timetable Builder, an application that allows students to rapidly build an optimized course schedule. The tool builds a timetable algorithmically with the click of a button, based on the courses that students need (and want) to take.  Students can then efficiently generate an optimal timetable according to their preferences, then explore custom variations as desired.

“Basically, [TTB] is for anyone who has previously found planning their course enrolment a cumbersome process. You wouldn’t believe the multitude of permutations that can result from the various class activities of all a students’ desired courses.”

Students who enrol in courses with multiple lecture, lab, tutorial or practical sections can have tens of thousands of potential options for their course timetable. It is a daunting task to build an ideal timetable especially for first and second year students. With the Timetable Builder, students are able to block off certain times from being booked in order to protect time in the day they would prefer to keep regularly reserved for practice, rehearsal, gym time, club meetings, power naps, etc.

It should be noted that Timetable Builder is currently just a pilot and available only at the University of Toronto Scarborough, where it has already made a favourable impression.

Anyone interested in learning more can watch the overview video of Timetable Builder and then try out the application at https://ttb.utoronto.ca.

Congratulations to the Timetable Builder team on this feat of technical wizardry.