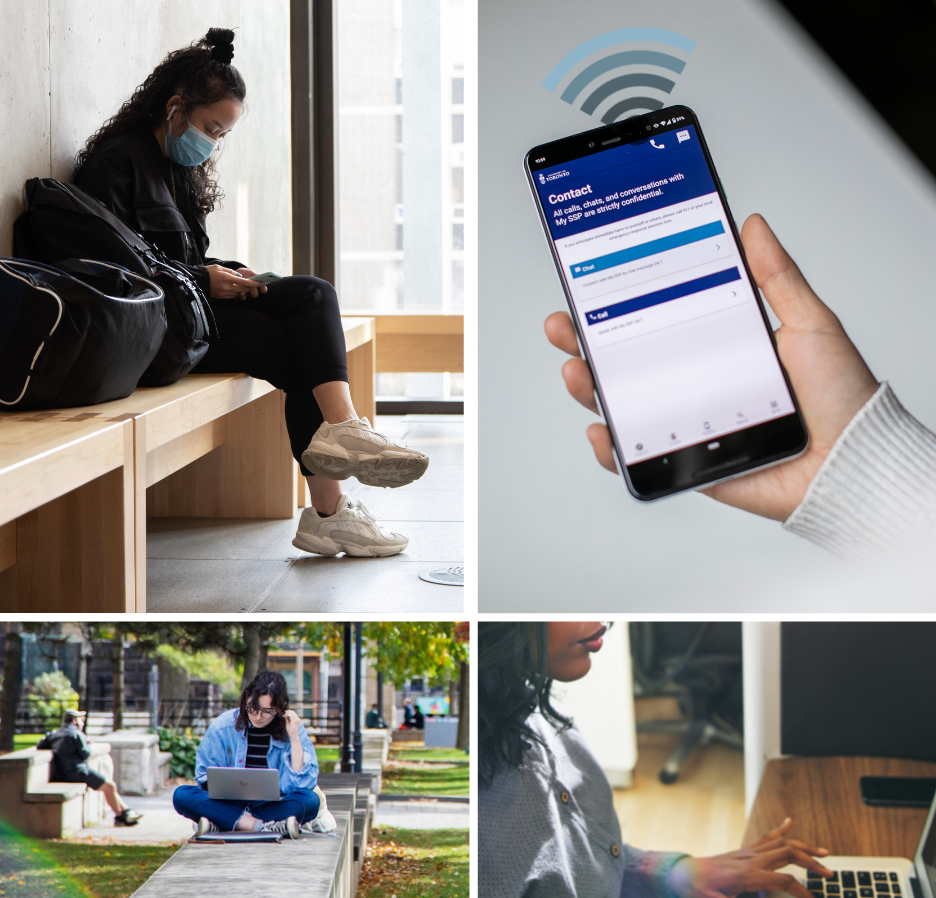 As of May 2021, all buildings, and some outdoor spaces, on the three University of Toronto (U of T) campuses offer fast, high-bandwidth wireless coverage. To provide this service, the University deployed almost 10,000 wireless access points (APs), and, as the University continues to expand, more will be deployed to ensure the best coverage and wireless services available.

Benefits students, staff, faculty and guests to U of T will experience include improved cell-over-Wi-Fi coverage (even deep within buildings where outside cell coverage would normally not be available), enhanced Wi-Fi guest services, improved device connectivity for students in residence, advanced artificial intelligence (AI) analytics to assist in services like wayfinding and network operation, and reduced operational cost through green-power initiatives.

A tri-campus IT effort

Between 2010 and 2019, the Information Technology Services (ITS) division worked on the physical build of the tri-campus Wi-Fi network. In 2020, it was completed and in February 2021, a new wireless vendor — Aruba Networks — was selected to provide further enhancements to the wireless services.

Now, the tri-campus ITS groups are focused on providing high-speed access and advanced services by keeping the technology current and, where necessary, improving the coverage. The long-term plan is to refresh the technology across all three campuses every five to seven years.

“Wireless is a cornerstone technology, which is why we are all working together to provide a uniform and consistent service across the tri-campus community campuses,” said Douglas Carson, Senior Manager, Enterprise Networking, ITS. “We are focusing on making it as secure, reliable, widely available (including outdoor spaces) and easy to access as much as possible. A robust wireless service is critical to the University community. More and more is being done over wireless. Statistics indicate that each person at U of T carries, on average, just under three wireless devices.”

Carson also said that the goal of U of T’s enhanced wireless services is also to provide technical leadership through needs analysis and increased focus on network security and defences.

U of T’s wireless history

Though we take it for granted, the widespread connectivity we experience at the University today wasn’t always so seamless. The humble beginnings of the deployment of campus wireless technology began back in 2003/2004.

“Because of the way this initiative was structured, it resulted in islands of a number of different technologies being deployed. This resulted in different levels of service at different locations,” said Carson. “Further compounding these issues was that the reliability of the equipment was extremely poor. It was not centrally managed and each access point (AP) had to be individually configured.”

In 2019, the information technologies divisions at all three campuses recognized that the demand for new and advanced wireless network services could not be provided by the existing technology. A tri-campus community and technical review of the current state and future directions of wireless technology at the University was initiated. Community consultations at each campus were held to better understand the needs and wants for wireless services. Pilot projects then followed.

“Using information gathered through this process, a tri-campus request for proposal (RFP) was issued to select the next generation of wireless technology,” explained Carson, “and we are confident we have selected the best technology to allow us to continue moving forward to meet the needs of the University community.” 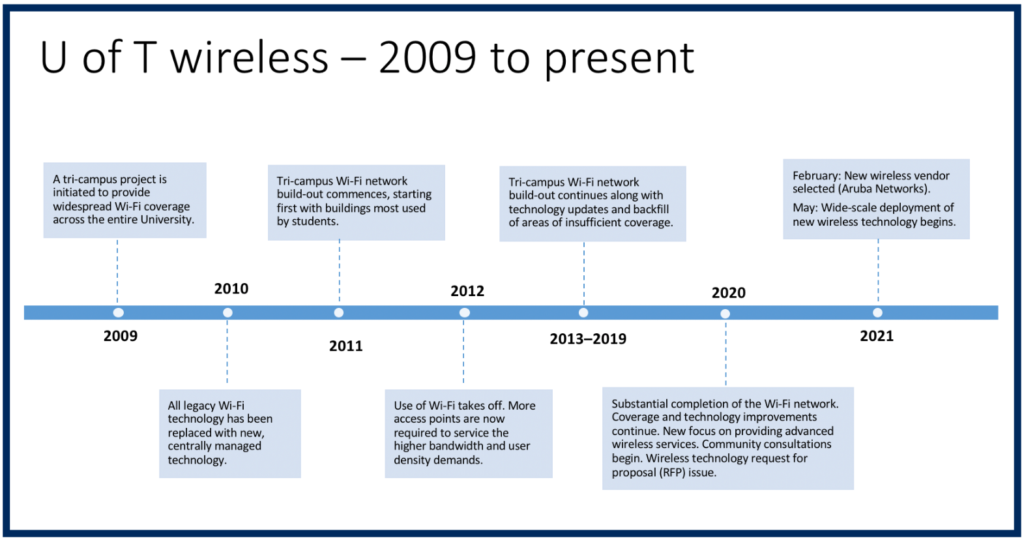