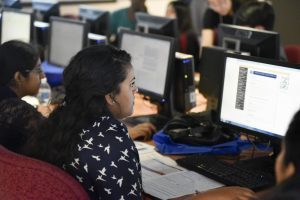 Shared Security Operations Centre (CanSSOC), currently in the proof of concept stage, is an initiative that, if implemented, will allow for real-time threat detection, analysis and mitigation for its members.

The University of Toronto (U of T) has joined forces with five other Canadian universities to explore the feasibility of a cyber security operations centre for higher education in Canada.

Currently in the proof of concept stage, Shared Security Operations Centre (CanSSOC) is an initiative that, if implemented, will allow for real-time threat detection, analysis and mitigation for its members.

The need for such a service is critical. According to Universities Canada, there are 1.7 million students along with more than $13 billion in research and development invested in higher education to protect (2017 figures).

“This partnership represents an investment in security,” says U of T Chief Information Officer Bo Wandschneider. “By harnessing the power of a collective, we are hoping to develop a robust model that will leverage our shared strengths for successful prevention, detection and mitigation for all.”

The initiative is housed at the U of T St. George campus and led by Shared Security Operations Centre Director Martin Loeffler.

“The sophisticated nature of modern cyber threats requires an approach that is unfortunately not achievable for one institution on its own,” says Loeffler. “The vision for CanSSOC includes an increased number of technologies, services and highly qualified specialists that is both cost-efficient and effective for participating institutions. Another key factor in the initiative’s success will be the involvement of Canada’s National Research and Education Network (NREN) partners: CANARIE, BCNET, Cybera, ORION and RISQ.”

The estimated cost of the CanSSOC proof of concept is $1.5 million with a completion date slated for January 2020.

Mark your calendar:
A discussion on CanSSOC will be presented at UnITe 2019.